‘1975’ is a great and honest homage to a particular moment in musical time but like broad-minded Mayer [Hawthorne], James also dips his musical brush into palettes just outside the accepted boundaries of 70s soul.” SoulandJazzandFunk.Com

“Funky and Tight On All Levels” Nile Rodgers

Let’s cut the cake, take it to the stage, its 1975! With those words and a tip of the hat to a couple of gems from another time James Fox Higgins proudly declared his intentions for his brand new album ‘1975’. Equal parts soul, jazz, retro pop and West Coast smooth with a dash of Miami disco, ‘1975’ is the culmination of one man’s love affair with the music of a bygone era. Written, produced and arranged by Higgins, the album is sure to find admirers amongst people whose playlist is loaded with the sounds of Allen Stone, Mayer Hawthorne, Steely Dan, Dennis Coffey or Hall & Oates. Higgins’ sound has been likened to an “antipodean Mayer Hawthorne’ with recent reviews comparing his music to Michael Jackson’s 1979 classic ‘Off The Wall’. 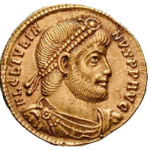